Are you an avid gardener who is running out of space on windowsills, in cold frames and under grow lights and has begun looking wistfully at photos of greenhouses?

They might better be called dream houses, since they would allow you to start seedlings earlier in spring, overwinter tropical plants, extend the harvest season on cold weather vegetables, maybe even raise extra seedlings to sell. . . 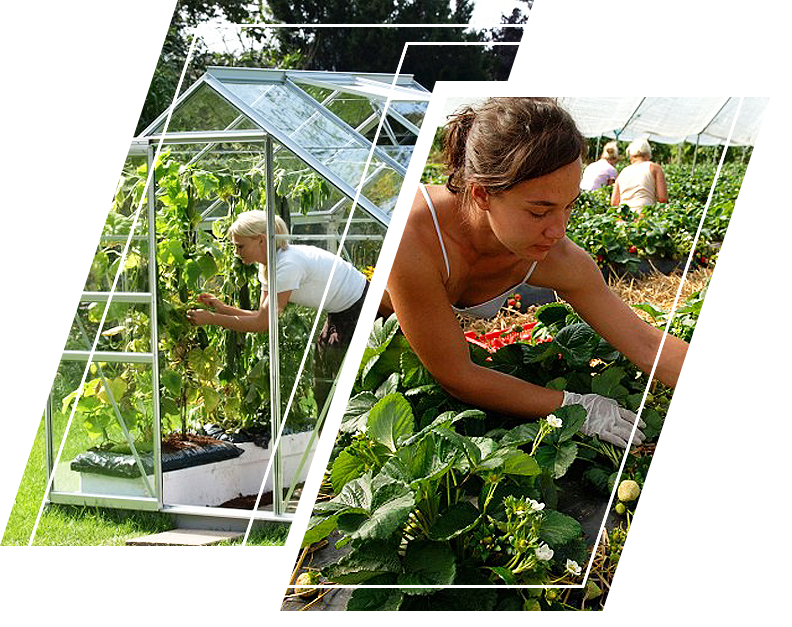 Because a greenhouse is a large investment, it’s one you should consider very carefully before making a purchase. First, ask yourself whether you have a site suitable for it—a level, sunny area close enough to your house that you won’t mind the trek to it.

The easiest option often is just to add an attached greenhouse or sunroom to the south wall of your house, to eliminate the necessity for a trek. If you reside in an upscale area where your neighbors are likely to complain about anything “tacky,” appearance must be a strong factor in your considerations also. Glass greenhouses generally are considered the most attractive types and also admit the most light.

They also tend to be the most costly and the hardest to heat. But, if you live in a neighborhood where anything else is unthinkable, we’ll assume that you can afford the expense! Just keep in mind that untempered glass is a safety risk.

So it’s best to opt for the laminated sort, similar to that in your car’s windshield, for your greenhouse’s roof and tempered glass for its sides. Either of those types are less likely to break and—if they do so—the former still will hold together, while the latter will crumble into granules rather than sharp-edged shards.

The most economical greenhouse option generally is one you put together yourself with a purchased frame and polyethylene sheeting. Four-year sheeting generally should last at least that many years for you, perhaps longer—depending on how challenging your climate is or isn’t! 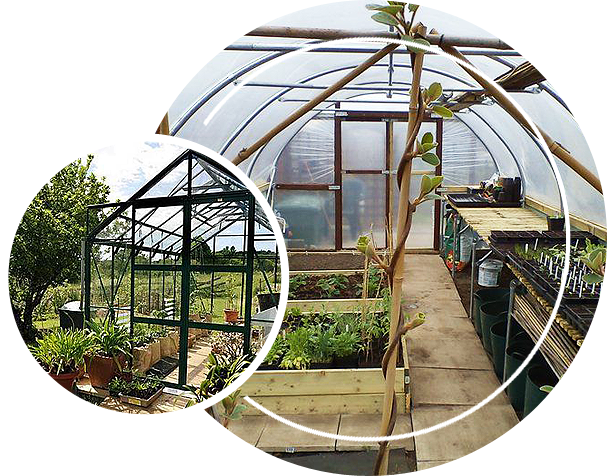 You’ll also want to look at the middle option: a greenhouse constructed from polycarbonate panels, which admit a more diffused light than glass does but more light than sheeting does. They come in double or triple thicknesses which also retain heat well.

Many greenhouse kits now combine polycarbonate ends with sheeting for the top and sides. When totting up the cost of your potential dream house, don’t forget extra expenses such as those for benches, a fan, and automatic vents which open and close to prevent the structure from overheating.

A monitor or alarm which alerts you if the temperature dips too low or climbs too high is a good idea too, and can prevent your losing a whole greenhouse full of plants just because the power went out.

Before you set your new structure’s frame in place, you’ll want to cover your site with landscape fabric and several inches of gravel to suppress weeds and improve drainage.

No matter what option you choose, it’s a good idea to make your greenhouse a little larger than what you think you’ll need. Otherwise, you are almost guaranteed to run out of space in it too!