Placing and Planting a Raised Bed

Although I’ve previously written articles on planting raised beds, I derived that information from research. At the time, all our garden plots here were the flat-out kind.

That or our heavy clay soil might explain why so many of our tomatoes had been blighting during recent soggy summers. So, when I got the chance to try a 2 X 4-foot ECOgardener Premium Raised Bed Garden Planter, I jumped at the opportunity.

When it arrived by mail, all the pieces looked reassuringly sturdy and simple enough that even a construction klutz such as myself should be able to assemble them. I stowed the parts in the garage in the meantime, warning my elderly farmer father not to trip over them.

Perhaps due to his knowledge of my klutziness or perhaps just due to boredom on a day when he couldn’t be out in the fields, he promptly bolted the bed together for me. Proving that a 90-year-old with failing eyesight also could manage that task with no problems.

Since he and the other guys were out in the fields on the day I needed to move the bed, I set it on end in my garden wagon and wheeled it to a sunny position in front of some peonies. That plot was about as flat as ground gets in Pennsylvania—which is not very!

If I’d had the time to spare, I would have dug up the area and leveled it. But, already running behind in the middle of the planting season, I just covered the grass with newspaper and plunked the bed down atop that. Using a level, I determined that the ground wasn’t as flat as I’d thought. 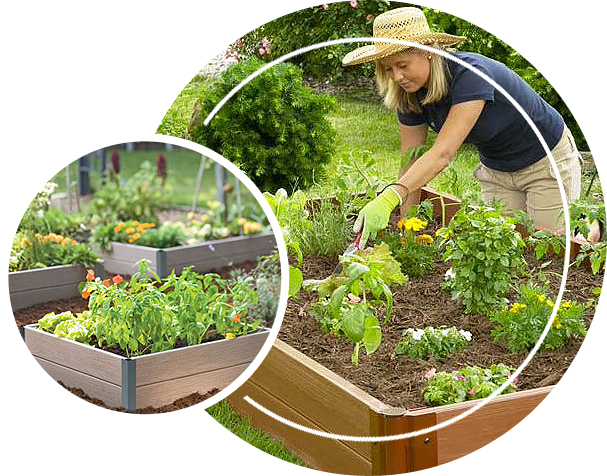 Fortunately, I was able to find a narrow plank to slide under “the wrong side of the bed,” which caused the level’s little bubble to move close enough to where it was supposed to be to satisfy me.

Then I roamed around looking for dirt to dig up. Although I did have a couple large bags of potting soil and another of compost on hand, they wouldn’t be enough to fill the bed, and I didn’t want to buy more since I also am dirt cheap.

Unfortunately, the pile of old sheep manure near the barn was still matted rather than crumbling compost-ily. I also cast a thoughtful glance at the edges of our recently sown large sweet corn patch, but the soil there was much too gravelly and the ditches already ankle-twistingly deep.

So I consulted the Internet and discovered lasagna gardening where raised beds are partially filled with compostable materials such as twigs and straw before having loam added on top. Twigs and straw we had plenty of. 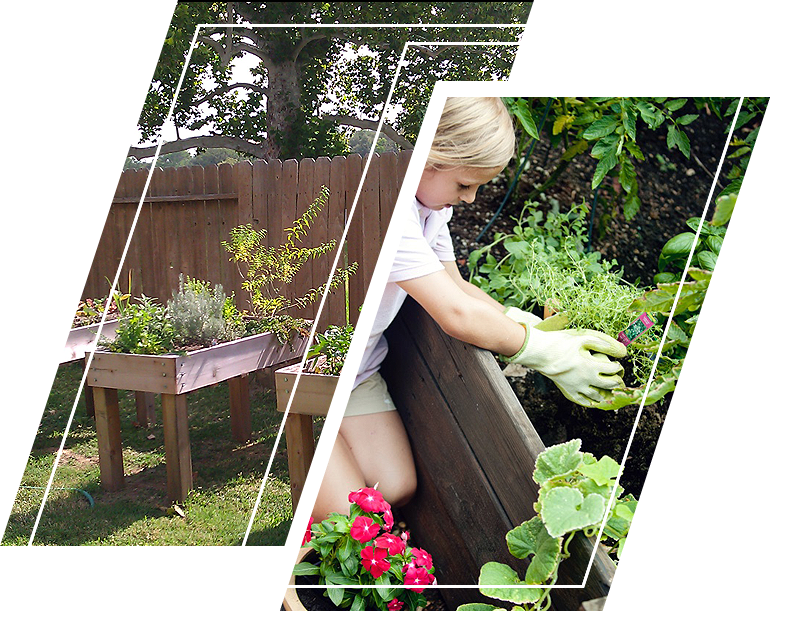 After packing the bottom of the bed with those, I dumped in one of the bags of soil. The way it bounced off the layer beneath it, as if off actual bedsprings, was somewhat amusing—before the weight of the soil sank that layer. I decided I would need another stratum of straw in my lasagna, and finished up with a bag of compost and one of soil.

I then planted a little salad garden, with three heirloom tomato plants across the back, some peppers—including one purely decorative one—toward the middle, and lettuce and parsley occupying the front corners. Once I find my basil seeds, I’ll sprinkle some of them in front of the peppers.

Even if this bed isn’t better at raising tomatoes than our larger garden, it at least will be closer to the back door when I want to grab ingredients for fresh salad. Or for actual lasagna!