If you’ve grown tired of paying high prices for perennial plants and have tried sowing your own, you’ve probably run across “stratification required” in seed descriptions. That ten-dollar word sounds more complicated than it is.

It simply means those seeds need several months in damp soil—usually cold soil—to sprout. In other words, they must be exposed to wintry conditions, either indoors or out.

Actually, the soil itself isn’t always required. You can stratify most seeds by placing them inside damp paper towels or damp coffee filters encased in polyurethane sandwich bags in your refrigerator.

Just don’t forget to check the seeds about once a week. When they begin to break open, plant them in seed-sowing mix and place them under a grow light. (A shop light with fluorescent bulbs will work for this purpose.) 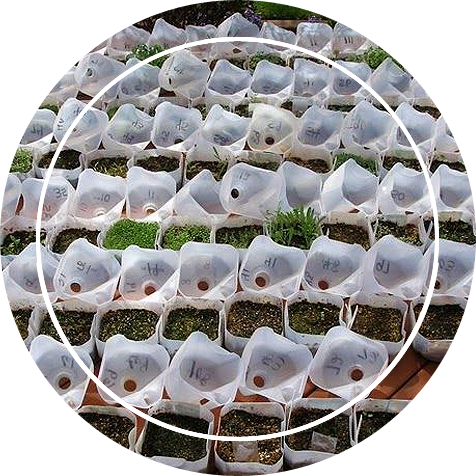 You might want to begin the stratification process as early as November, so the seeds will be ready for potting up about the time you begin sowing other perennials in late winter.

If you don’t know which seed varieties will require cold treatment, you can find all the details in Norman Deno’s now public domain book Seed Germination Theory and Practice and its supplements.

(Deno was a chemistry professor who did all the experiments, so the rest of us don’t have to!) As Deno specifies, some seeds need to be kept damp under warm conditions for three months before being moved into the refrigerator.

That’s where those paper towels and sandwich bags come in handy, as they take up far less space over the long haul than flats of seed-starting mix would.

The refrigerator doesn’t always work for stratification, however, as its “climate” is consistent and some seed varieties require varying or freezing temperatures to germinate. Iris seeds, for example, can be tricky.

Even outdoors, they generally take at least 70 days—and sometimes over 100—to sprout. You can germinate them and other difficult seeds successfully by planting them in miniature “greenhouses” which are left outdoors over the winter.

You might want to put this type of sowing off until December if your November is warm, because you don’t want the seeds to begin sprouting in autumn instead of spring. To construct your “greenhouses,” you either can purchase lidded flats or recycle transparent plastic produce containers, milk jugs, or large soda bottles. 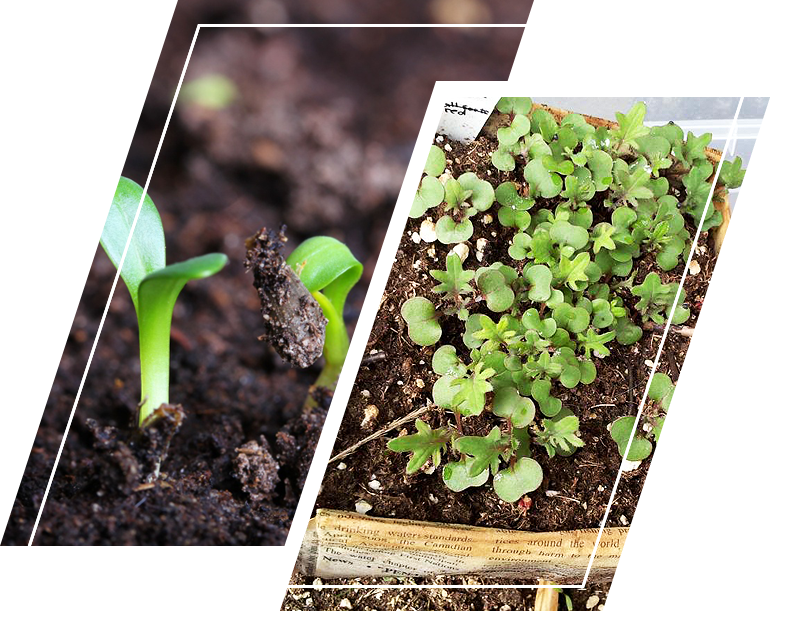 To use the jugs or bottles, wash them thoroughly, cut them open most of the way around, leaving hinges to hold the tops and bottoms together , and poke drainage holes in their bases.

After you place a few inches of seed-starting mix or potting soil in the bottoms of the containers and plant your seeds, tape the containers’ tops back on again with either duct tape or packing tape.

Place the “greenhouses” in a protected, sunny, south-facing location outdoors and leave the lids off the jugs or bottles to provide air and allow rain or snow to moisten the soil. If you use lidded flats or produce containers, it’s best to just poke holes in the lids as well as the bases and keep the lids closed.

However, as with regular greenhouses or cold frames, you may need to “raise the roofs” during the day in the spring to prevent the containers from overheating. And you’ll no longer need to raise the roof over the price of perennial plants!