March into Spring with the Following Gardening Chores

1. Start the seeds which you didn’t get started earlier.

3. Spray your still dormant fruit trees and bushes with insecticidal oils and/or fungicides.

5. Pot up tubers which need an early start.

March may find you scrambling to sow all the seeds which you didn’t get started earlier. Since seedlings of the most common plants usually are inexpensively available at local garden businesses and department stores, you’ll probably want to reserve the space on your windowsills and under your grow lights for harder-to-find or too-costly-to-purchase varieties.

You can find more information on speeding up their germination at the following link: Speed Up Germination Seeds Speaking of purchases, if you plan to set out new bareroot berry bushes this year, you’d best do that as early in the spring as possible—usually about six weeks before your last frost date.

Don’t start when your ground is soggy, though, or you shortly can turn hard-to-dig into hardpan. Wait until the soil crumbles when you squeeze it rather than compacting into a weighty ball in your hand. Now also is the time for dormant sprays, those which should be applied before trees and bushes leaf out to avoid burning their foliage.

They include oil sprays—used to suffocate overwintering pests such as mites and scale on apple, pear, and plum trees—as well as fungicides such as liquid lime sulfur spray, which help prevent diseases on your peach trees, berry bushes, and grape vines. 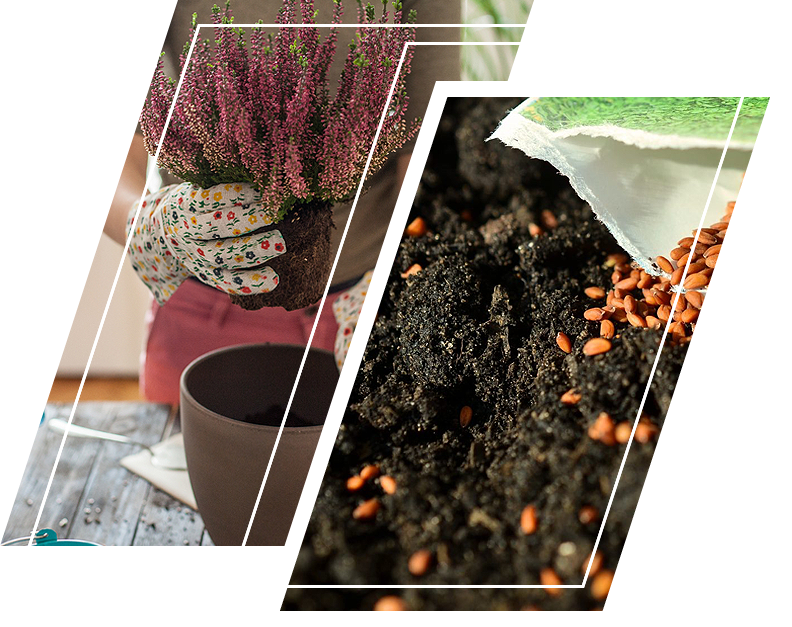 For the best results, wait until a day when the weather forecast doesn’t call for precipitation anytime soon and when temperatures will remain above freezing for at least 24 hours.

Always wear protective clothing, goggles, and a respirator while spraying, to keep the liquids out of your lungs and eyes. Don’t attempt to mix the two types of sprays with each other or to apply them within a week of each other, as that may damage your trees and bushes.

Even before those trees emerge from their deeper dormancy, your “sleeping” houseplants should perk up as spring approaches. So now is the time to repot any that need more root room, to prune any that seem likely to surpass their space, and to begin fertilizing them again.

If you’ve just moved a plant into new “digs”—fresh potting soil that already contains some plant food—put off feeding it for six weeks or so until that fertilizer is depleted. 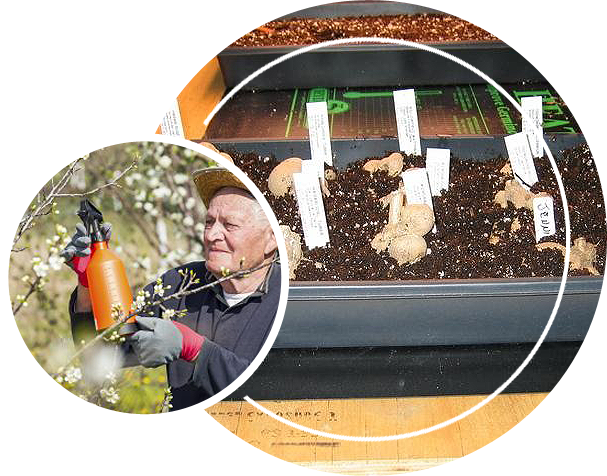 An early start also is a good idea for tuberous plants such as dahlias and tuberoses. If they don’t get a long enough season to bloom well in your zone, try potting them up about six weeks before your last frost date. You should then keep them in a sunny location indoors until after that date.

If you start the tubers in large containers such as grow bags, you may be able to leave them in those containers when you move them outdoors. Otherwise, transplant them into your flower bed, and congratulate yourself that this year your dahlias will have no excuse for dallying!